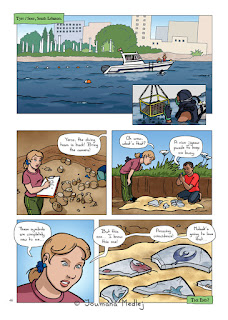 And we are done. Nine years in the making, including long hiatuses. If you've read the whole story, I'd really like to get some reactions! Thoughts Favourite moments? Favourite character? Questions you'd like to ask any of them? Requests for bonus material? Go on, talk to me :D
There is still work to do: covers for the last two volumes, e-books in English and French, then Lebanese (a tall order!) and maybe eventually some publisher will want to take it up... But what matters to me is that the story is done, and it's there for all to read. It is full of references to another story, and maybe when I'm able to have hobbies again, I can tell that one as well. 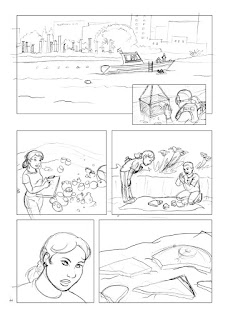 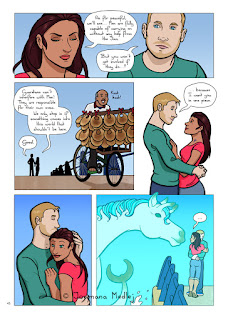 Aww... :)
Lest you think the guy on the bike is making funny noises, kaak is the name of the bread he's selling.
And wait, don't go away! One last page to go... 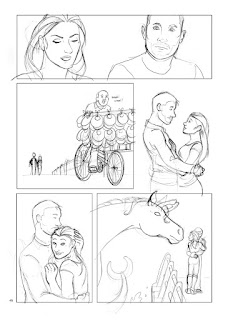 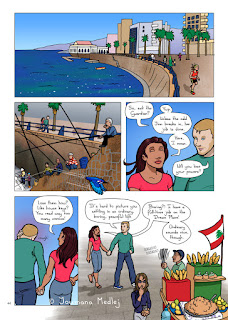 Finally out of that hospital bed! And back to the Corniche that concluded volume 1, with a few things changed...
The kingfisher is as real as the other characters, as I spotted him regularly there during my last days in Beirut before my move. 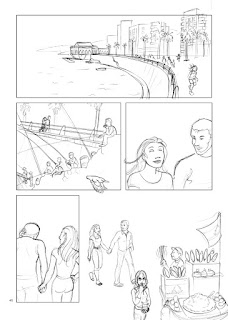 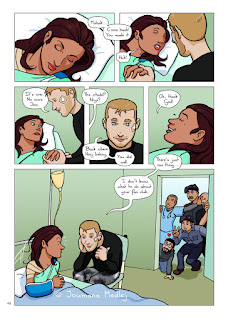 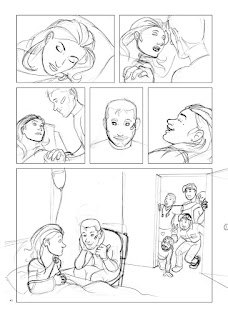 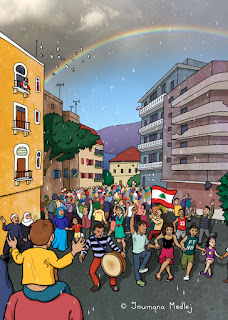 Crowd scenes are an illustrator's nightmare, obviously. I wish I'd had the time to make every person in there an individual, but alas. Also there are some perspective and scale issues, I know. Don't look too closely >_<
That said, I'm quite pleased with the overall look and feel of this page. I hid a couple of inside Leb jokes in there (hint: t-shirts) but have no idea if anyone outside my family circle will get them. Still, makes me chuckle...
Why is it raining on the parade, you may ask? I feel my countryfolk will instinctively have gotten this, although it may make no sense out West: as we have long humid summers during which not a drop of rain falls, the first rainfall in autumn comes as a relief and a blessing. This is after all a land where the mythological being named Death was the personification of summer heat, and the Thunderstorm was the great hero who defeated it (and then was defeated by it in turn, year after year – cf Mot and Baal). 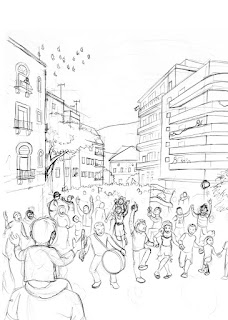 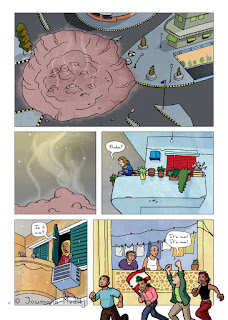 I love using real locations and buildings... I'll show the original photos these few panels are based on in the e-book.
Self-explained in the page, but:
Khalas = "Is it over?" 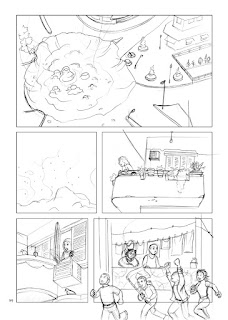 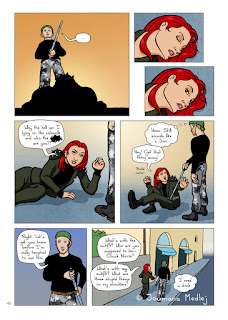 Another long-awaited scene. Exit Nryz, enter Nina, the real-life inspiration for the character! And yes that is how she is in real life. I hope real-life Nryz and real-life Adrian are both savouring this scene as much as I am :D
Vocabulary note: Ba3d na2es = "What next!" 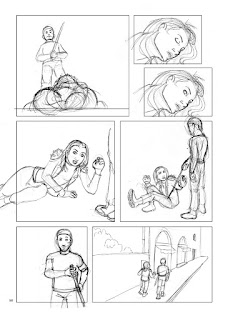 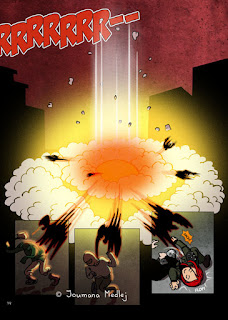 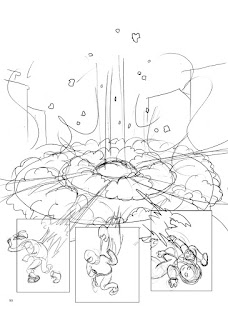 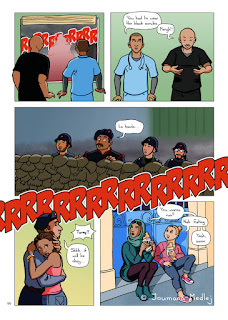 Featuring my brother Kamal, his colleague Jarone, and an authentic hospital inside joke. My brother's been waiting to see this page for years and been pestering me about it for months. SO THERE!
As for Col. Ibrahim's words in panel 3: they are the beginning of an expression I heard my teacher mutter many a time, and you can actually read all about it on Wikipedia... 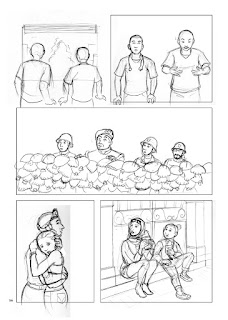 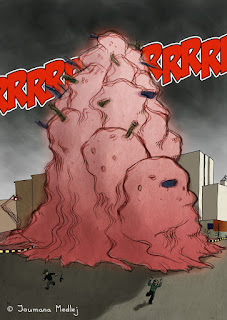